Noteworthy - Philabundance In The News - March 2019

March was an exciting month for Philabundance with the launch of a new and ambitious initiative, as well as further support from our long-time partners like 6ABC, Dunkin, and others.

The following press coverage helped greatly when it came to raising awareness of food insecurity and highlighting the efforts of Philabundance’s hunger-fighting allies: 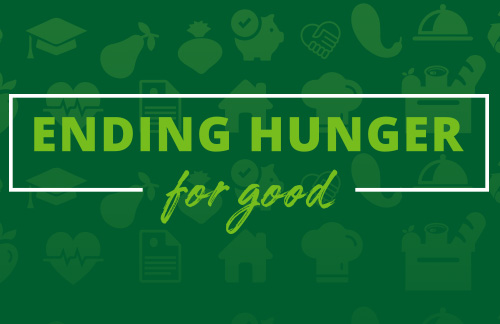 In early March, Philabundance launched Ending Hunger For Good (EHFG), a program through which we not only provide emergency food to those in need today, but work to end individuals’ need for future food assistance. To accomplish this goal, Philabundance is partnering with other providers of critical services to help people in need develop skills to become self-sufficient.

6abc viewers and Dunkin’ customers raised approximately $200,000 for Philabundance this year through the Holiday Food Drive – its largest donation to date! Franchisees donated the proceeds of their eighth annual Roast Hunger campaign during a check presentation at Philabundance’s South Philadelphia warehouse.

6abc covered the check presentation in a broadcast.

Philabundance added to its leadership team by appointing three new board members, and hiring a leader in the development department. New board member Anika (Niki) Hawkins is 6abc’s director of community affairs, and Elizabeth Ireland is a partner in Audit Services at Grant Thornton; joining them on the board is Giant Food Stores Senior Vice President and Chief Merchandising Officer John Ruane.

Also new to the organization was Chief Development Officer Sara Hertz, who oversees and develops donors who fund Philabundance’s fight against hunger.

The Philadelphia Tribune covered these new additions to the Philabundance team.

NOTEWORTHY: Philabundance in the News - October 2018

NOTEWORTHY: Philabundance in the News - September 2018